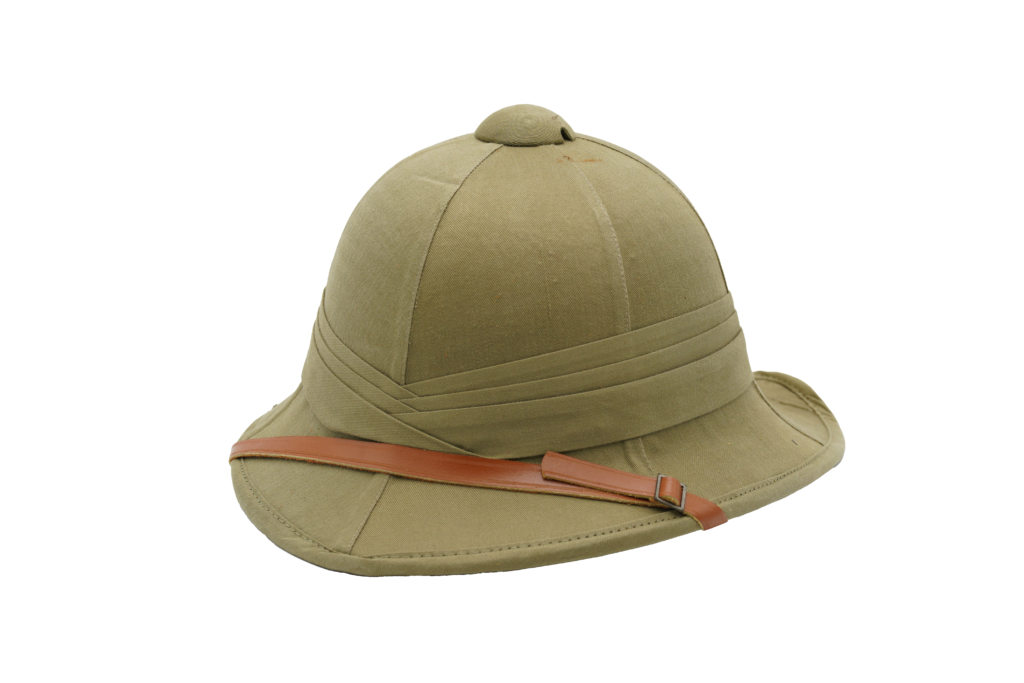 The pith helmet also known as the safari helmet, is a lightweight cloth-covered helmet made of sholapith. The Wolseley pattern helmet is a distinctive British design developed and popularised in the late 19th and early 20th century. It was the official designation for the universal sun helmet worn by the British Army from 1899 to 1948 and described in the 1900 Dress Regulations as “”the Wolseley pattern cork helmet””. With its swept-back brim it provided greater protection from the sun than the old Colonial pattern helmet, and its use was soon widespread among British personnel serving overseas as well as some Canadian units.