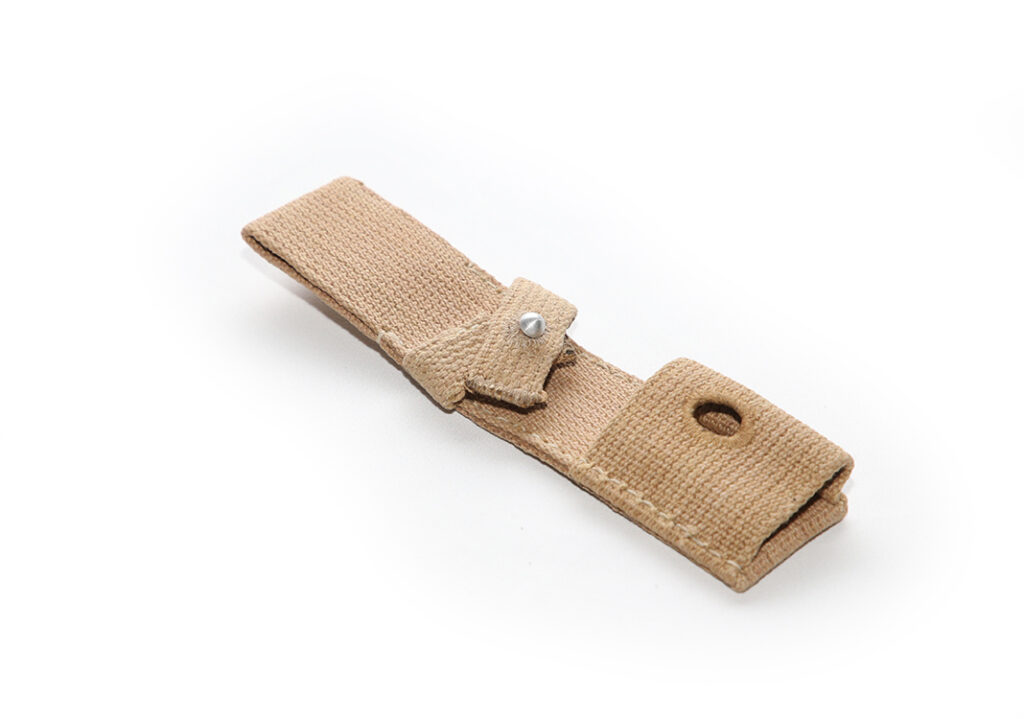 Typically referred to as the K98 Tropical frog it’s original issue was for the Afrika Korps and soldiers stationed in hotter climates such as Africa, Italy where leather kit would become to dry and fragile. After the African campaign in 1943 they were general issue to to the cutbacks in leather equipment and issued to soldiers serving in all locations and generally referred to as the canvas frog.