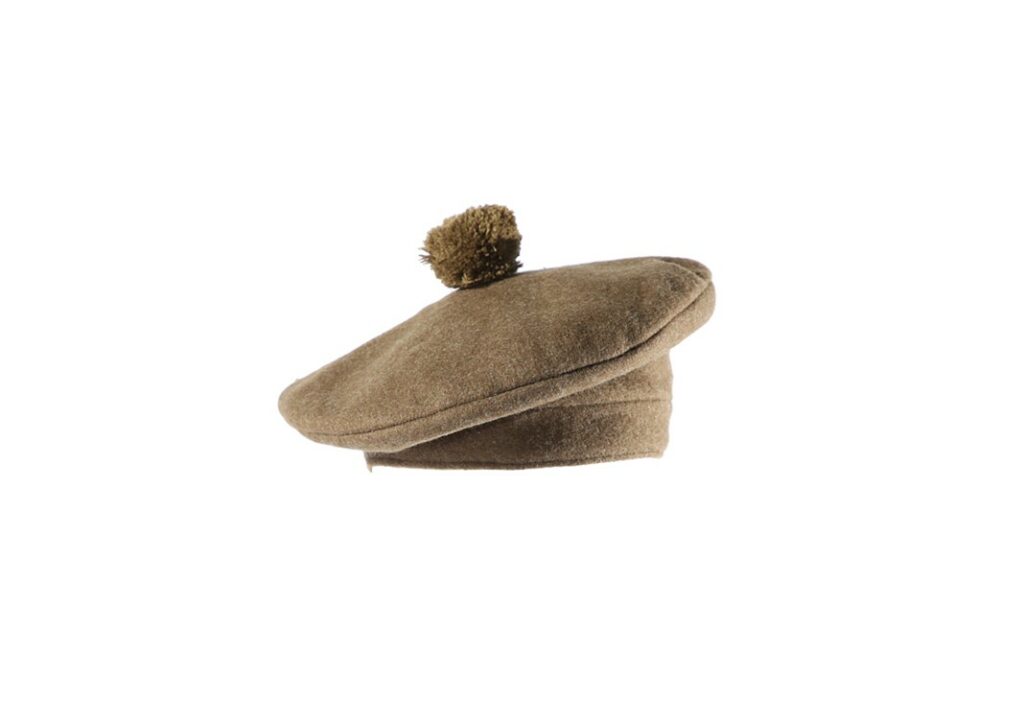 Tam o’ Shanter Cap is a name given to the traditional Scottish bonnet worn by men. In the First World War, a khaki Balmoral bonnet was introduced in 1915 for wear in the trenches by Scottish infantry serving on the Western Front. The tam o’ shanter was traditionally worn by various regiments of the Australian Army which have a Scottish connection. B (Scottish) Company 5th/6th Battalion, Royal Victoria Regiment wore both a khaki and blue bonnet at various stages.