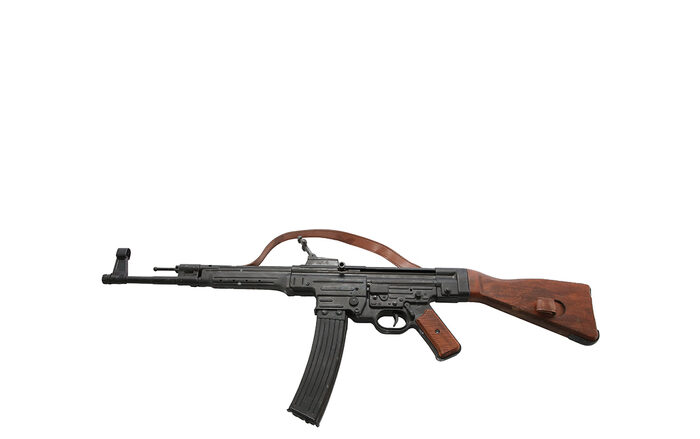 The Sturmgewehr 44 is a German automatic rifle developed during World War II and is mostly considered the first mass-produced assault rifle in the world. It was developed from the earlier Haenel MKb 42(H) “machine carbine” prototype. It was hidden from Hitler during the development, because he asked for it to be cancelled, by referring to it as a submachine gun (Maschinenpistole); during this time, it was known as the MP43 and MP44. When the deception was discovered (supposedly due to an officer requesting “more of these new rifles”) it was demonstrated to the German high command, and Hitler himself re-named it the “Sturmgewehr.” This literally translates as “storm rifle;” this is the storm as in “to storm a castle,” hence the translation “assault rifle.” The three versions were essentially minor updates for production purposes.