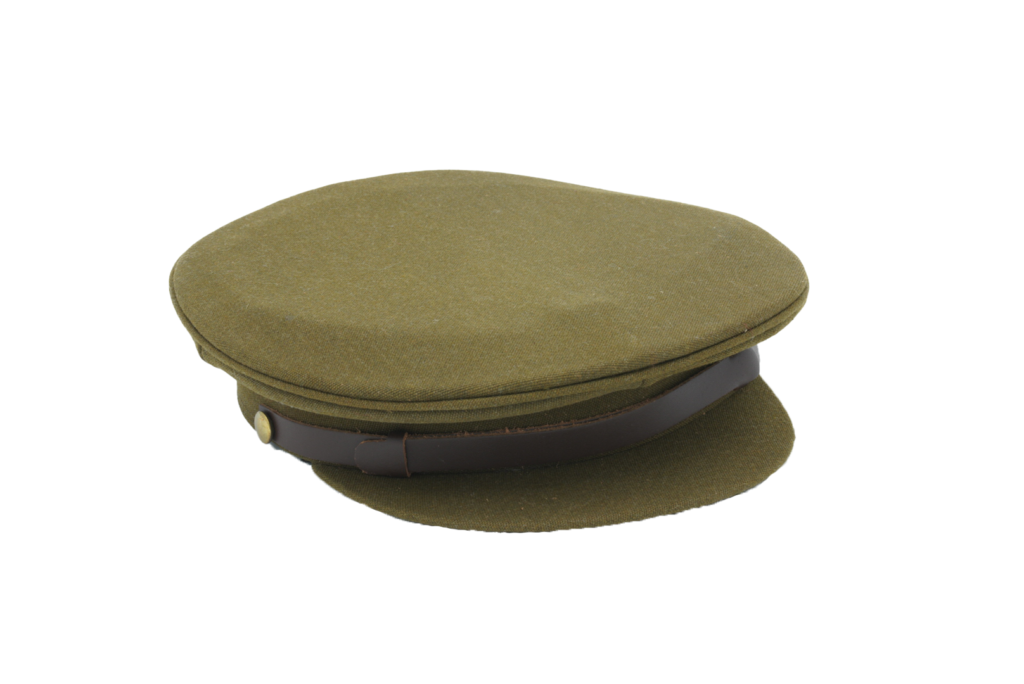 Service hat, a military hat with a flat top and rounded brim, In the military, hats may denote nationality, the branch of service, rank or regiment. Royal Navy officers were first issued peaked caps in 1825 as a less formal alternative to the bicorne hat.