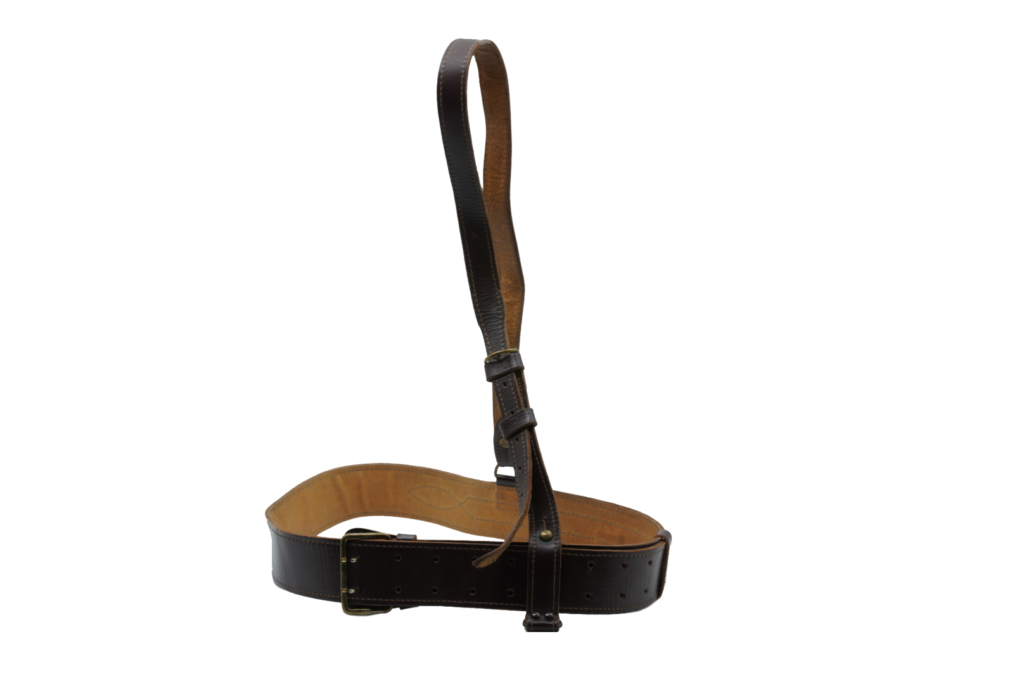 “Sam Browne Belt, Brown
The Sam Browne belt is a wide belt, usually leather, supported by a narrower strap passing diagonally over the right shoulder. it is most often a part of a military, para-military or police uniform. In the 20th century it was a mainstay in the British Army officers’ corps, being adopted service-wide in 1900 during the Second Boer War after limited use in India, and later becoming popular with military forces throughout the Commonwealth.