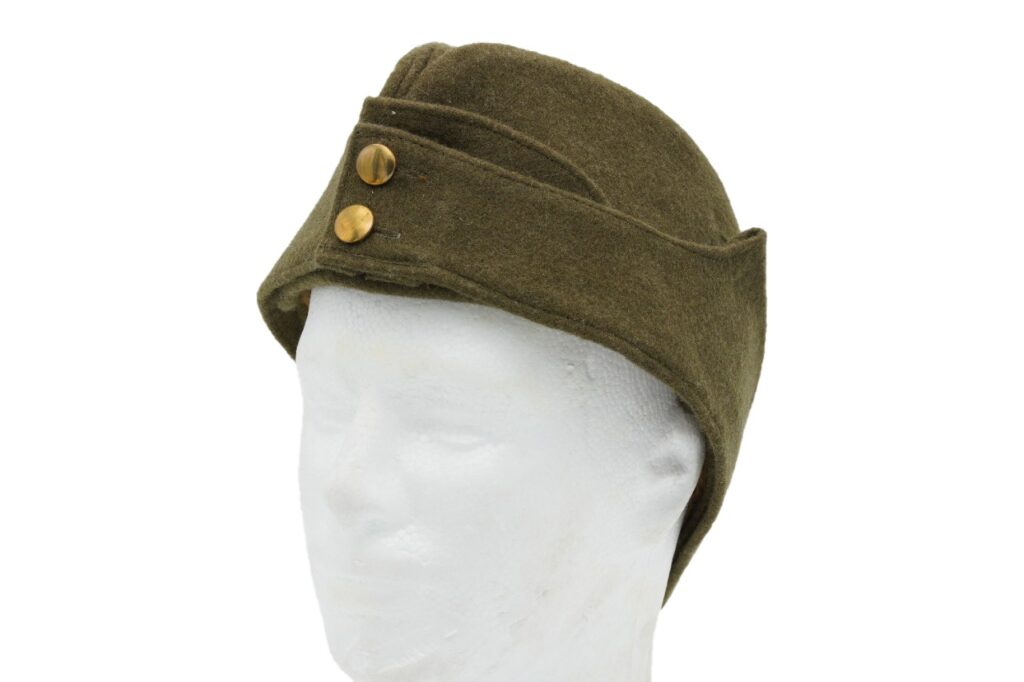 Forage cap is the designation given to various types of military undress, fatigue or working headwear. The Royal Air Force field service cap is often called a forage cap (and is also known as the chip bag or Thunderbird hat). It has no peak and because of its longitudinal cut is called a “”fore-and-after””. Its two ornamental buttons at the front can be unfastened in order to let down earflaps for harsh weather.