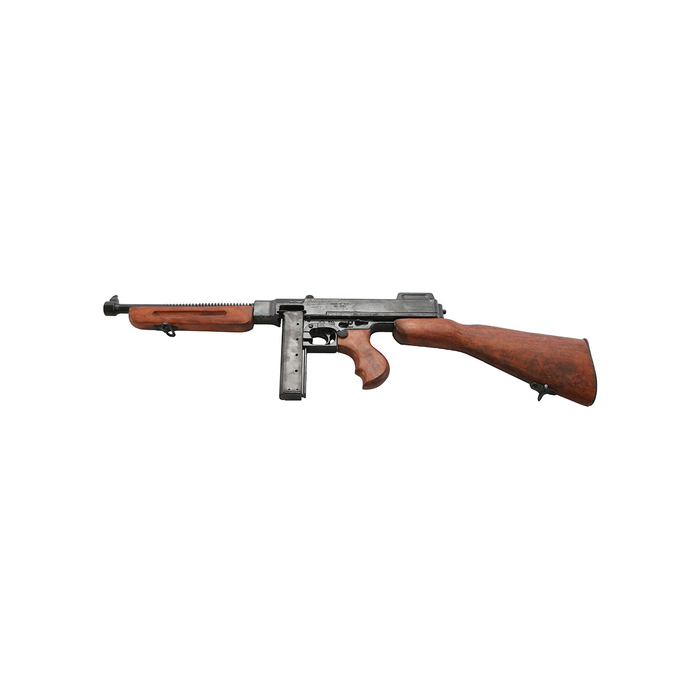 This is perhaps the most recognizable firearm of World War II, made famous by the Airborne Troops of the 101st and 82nd Airborne Divisions. This military model differs from the original commercial model in its 20-round magazine and its horizontal foregrip. Though heavy by today’s standards, the weight helped control the .45 caliber bursts when operated on full-automatic. The bolt cocks and fires from an open position. The Thompson submachine gun (also known as the “Tommy Gun”, “Chicago Typewriter”, “Chicago Piano”, or “Trench Broom”) is a blowback-operated, air-cooled, magazine-fed selective-fire submachine gun, invented by the United States Army Brigadier general John T. Thompson in 1918. It was originally designed to break the stalemate of trench warfare of World War I, but was not finished until after the war ended.