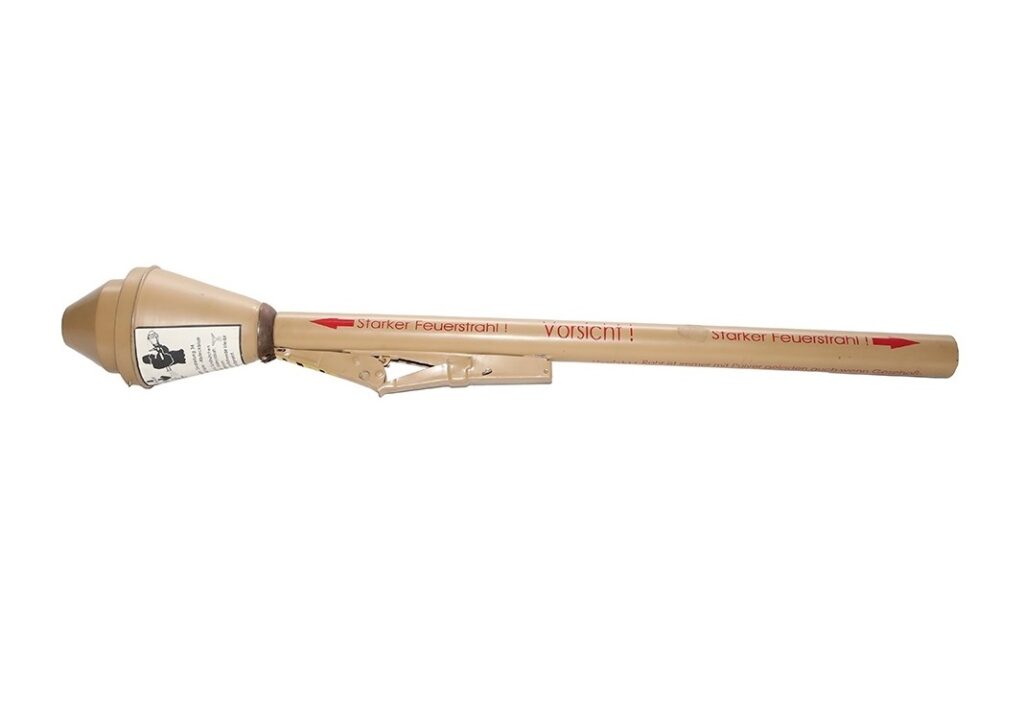 Panzerfaust is a recoilless anti-armor launcher developed by Nazi Germany in 1943 during World War II, nd was intended to be operated by a single soldier, The infantry was armed with Panzer Faust In order to increase their ability to confront enemy tanks and armor, several classes of Panzerfaust were made during the war years. The Panzer Faust was used from 1943 to the end of the war, but nevertheless it was used outside Germany for several years. It was worked on in the summer of 1942 at the German company Hugo Schneider AG. The missile weighs approximately 6.25 kg and it is estimated that approximately 6.7 million copies were manufactured in various Panzerfaust Editions.