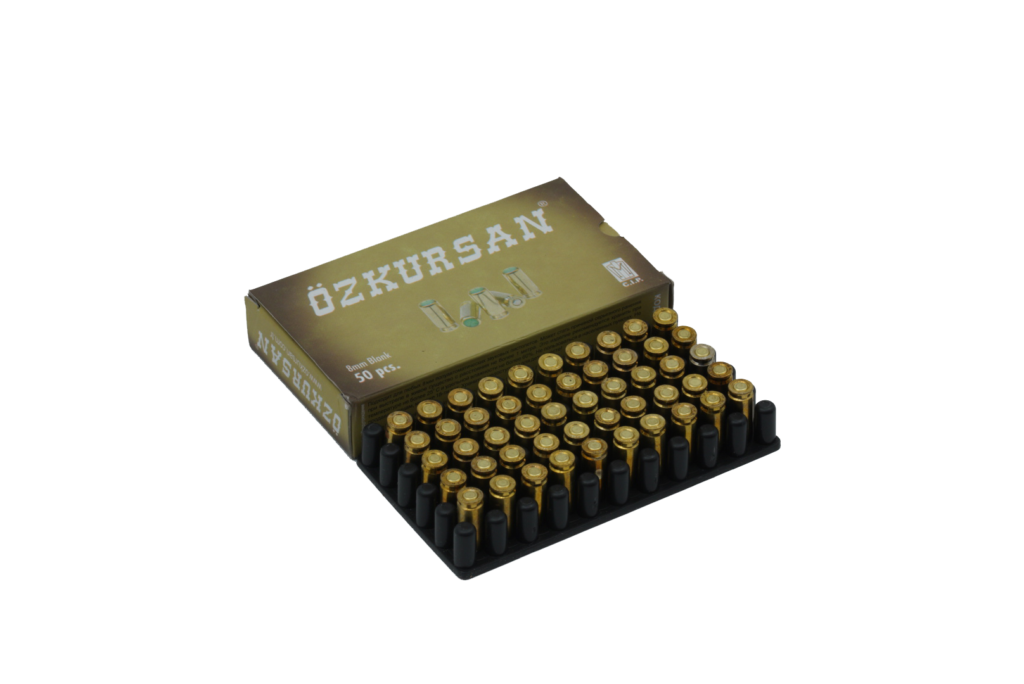 Blank Firing Gun Ammo or the so-called sound bullets, caliber 9 mm, when using it will give you the same feeling as if you were using live rounds, the box contains 50 pieces of 9mm P.A.K. caliber, the powder that remains after using the shots is much less compared to other types of Blank ammunition, which reduces From the dangers of damage to the pistol as a result of frequent use.