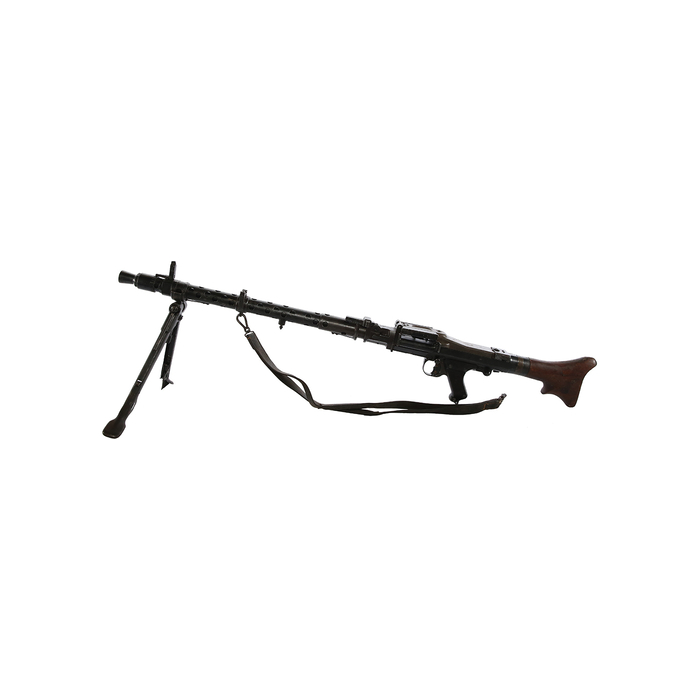 The MG-34 is a German air-cooled machine gun that fires 7.92 x 57 mm bullets, has a rate of fire of 900 rounds per minute, and is fed with a disintegrating belt that disintegrates upon striking or a “saddle-shaped” magazine containing 50 or 75 rounds. It was accepted into service in the German army in 1934 and delivered to units in 1935. The MG-34 was designed as a light machine gun and as a prototype general-purpose machine gun. The machine gun was used in the military units of the army of Nazi Germany, as it was exported to both China and Spain. The defect of the weapon is that the costs of its production are high, and it requires attention from the soldiers and cleaning it is difficult and requires time because it is complicated in its parts. The weapon served in the German army from 1935 to 1942 until it was replaced by the new MG-42 weapon, which was distinguished by its fast production, simple costs, easy maintenance and cleaning, and a high rate of fire.