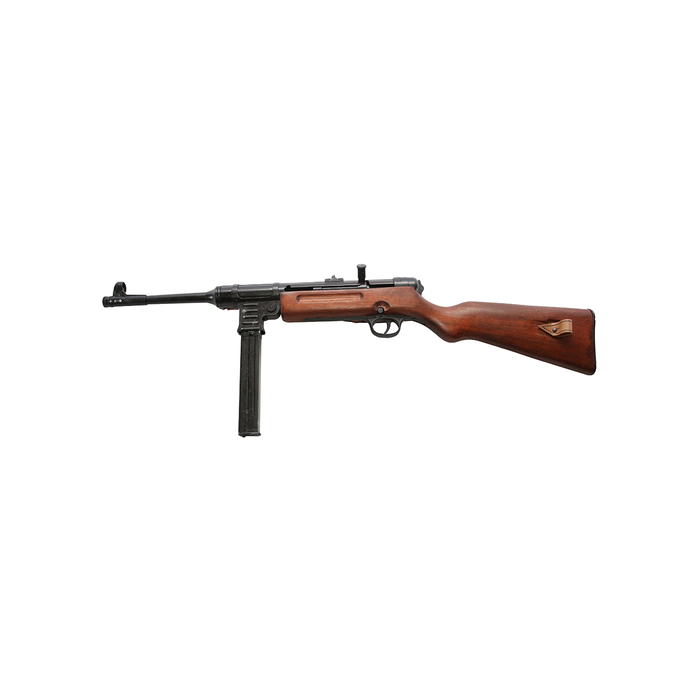 The MP40 or (SMG Version 40) is a submachine gun chambered for the 9x19mm Parabellum cartridge. It was developed in Nazi Germany and used widely by the Axis powers during World War II. Designed in 1938 by Heinrich Vollmer, inspired by its predecessor, the MP38, it was extensively used by infantry (particularly platoon and division commanders), and by paratroopers, on the eastern and western fronts. Its advanced and modern quality made it a favorite among soldiers in countries around the world after the war. The Allies often called it “Schmeiser”, a reference to Hugo Schmeeser who designed the MP-18, although he was not involved in the design or production of the MP40. Other variants of the weapon included the MP40/I and MP41. From 1940 As of 1945, Erma Werke had produced an estimated 1.1 million. Schmeiser develops an MP40 Offshoot that was known as the mp41. This was basically the same weapon as the mp40 except for a wooden rifle style stock used in place of the original metal body and folding metal stock.