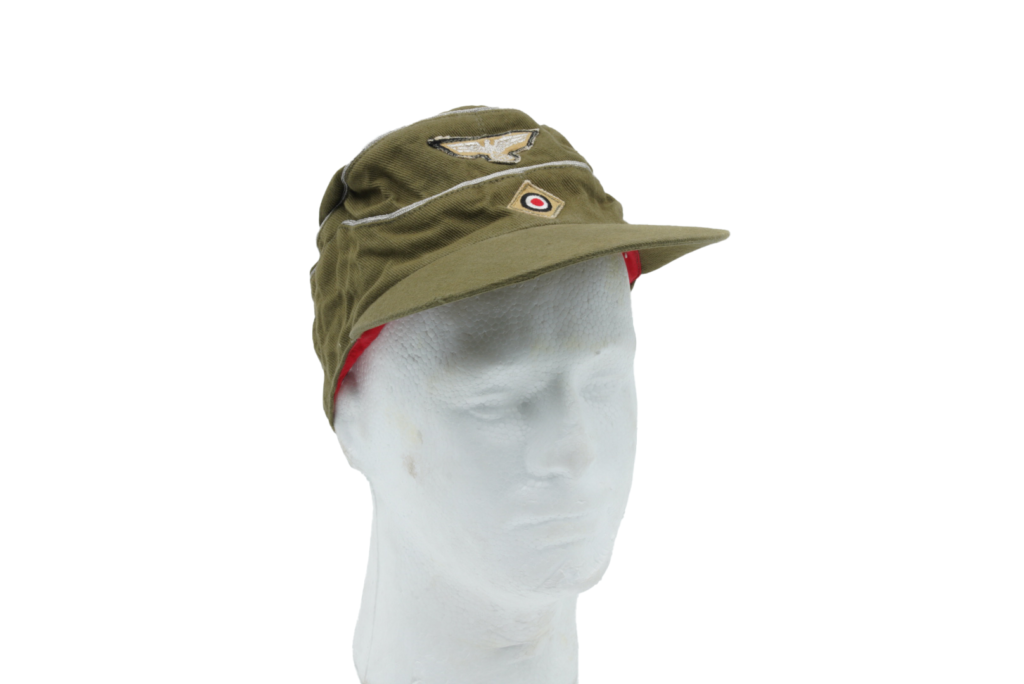 The cap was originally produced using a darker olive-green cotton twill fabric, it was used in North African desert during the campaign between 1941 to 1943. Even before the outbreak of WWII, the designers of German military equipment had begun tests to engineer uniform items for wear in tropical climates. In 1940, with the German invasion of North Africa imminent, the German military quickly instituted a wide variety of tropical uniform and equipment items.