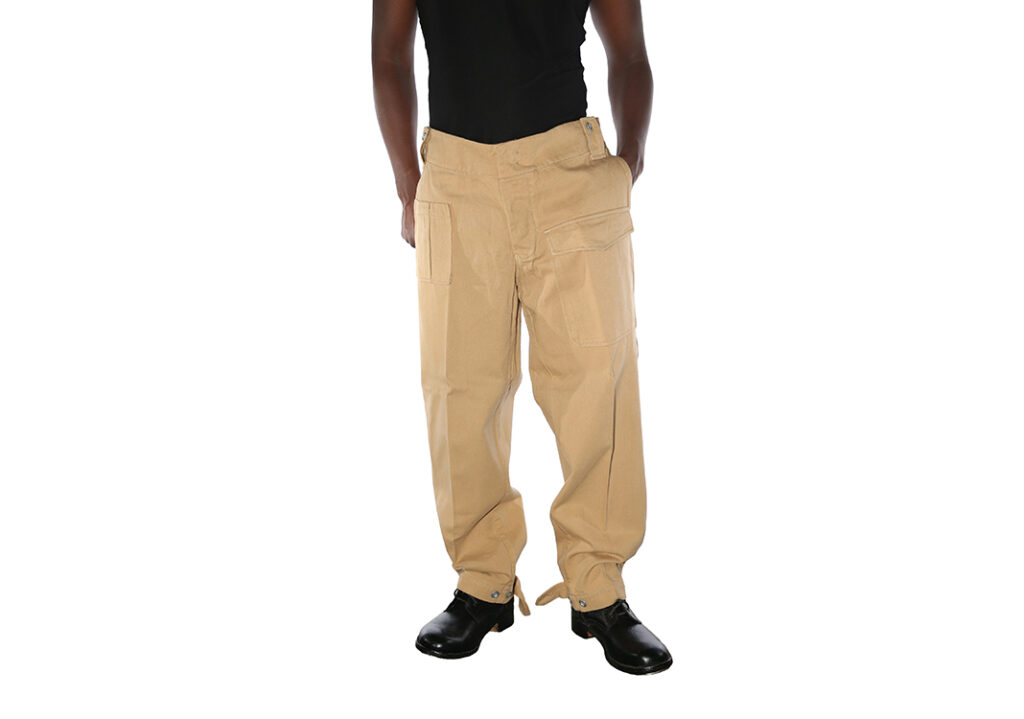 Trousers, these tropical pants are of German manufacture and called M40, different types of fabric were used to ensure quality and freedom of movement for soldiers, it was used by the German army during World War II. In 1940 contractors were ordered to discontinue the manufacture of steingrau fabric and instead produce trousers from the same feldgrau cloth as the tunic; however Army depots continued to issue existing stocks and the older dark trousers were still frequently seen until around 1942. 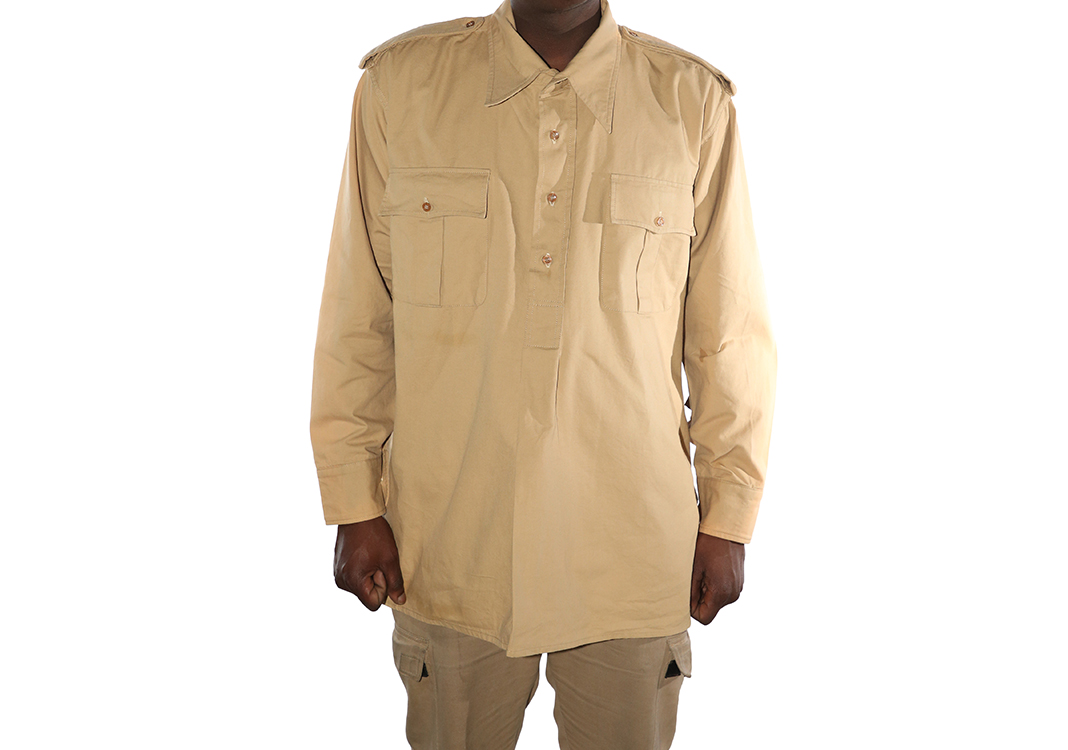