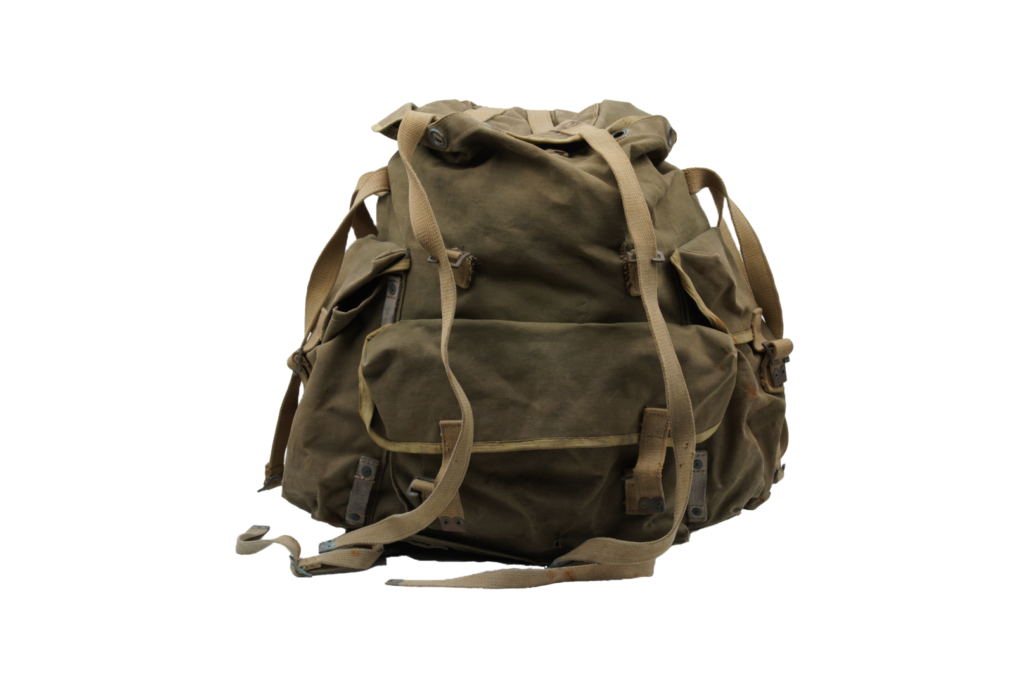 During the war the early M34 and M39 “”pony fur”” backpacks were found to be too expensive and time consuming to produce which resulted in the production of a wide variety of less expensive canvas construction combat rucksacks and backpacks. In late 1940 with the impending German entrance into the North African campaign the standard leather carrying harness straps on the assorted rucksacks and backpacks were altered to canvas web straps for longer wear in the tropical climate. Eventually these tropical style packs would be issued in all theatres of operation.