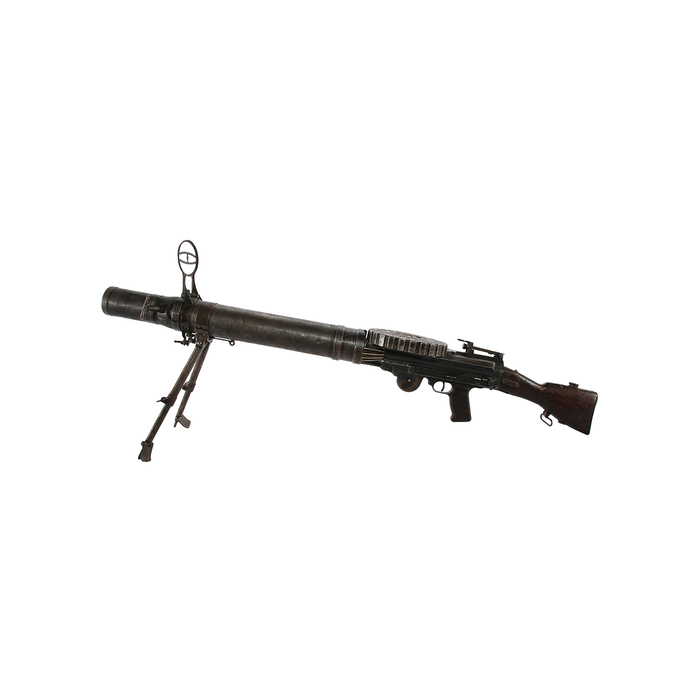 The Lewis gun (or Lewis automatic machine gun or Lewis automatic rifle) is a First World War-era light machine gun. Designed privately in America but not adopted, the design was finalized and mass-produced in the United Kingdom, and widely used by troops of the British Empire during the war. It had a distinctive barrel cooling shroud (containing a finned, aluminum breech-to-muzzle heat sink to cool the gun barrel) and a top-mounted pan magazine. The Lewis served to the end of the Korean War and was widely used as an aircraft machine gun during both World Wars, almost always with the cooling shroud removed, as airflow during flight offers sufficient cooling. Gas-operated and air-cooled, the Lewis Gun fired .303 inch rounds from a 47-round drum magazine. It had a firing rate of 600 rounds per minute and was effective to a range of about 750 m.