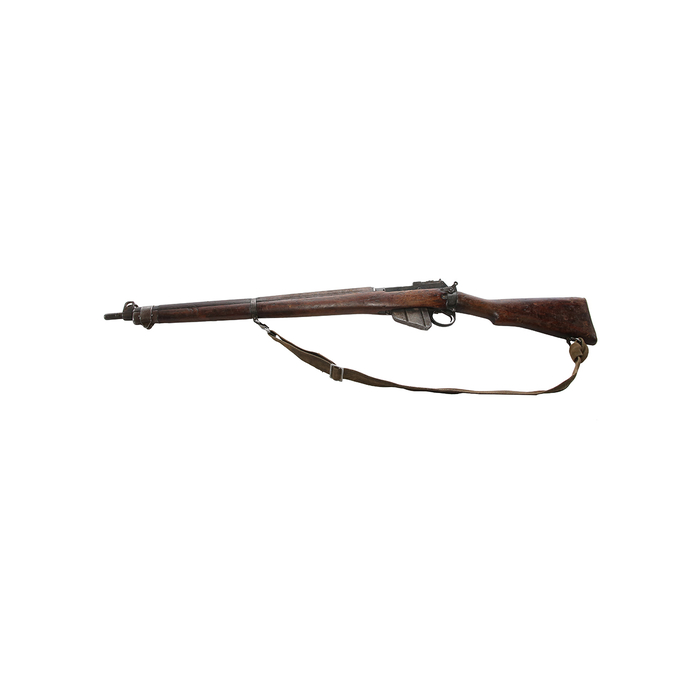 The Short, Magazine Lee-Enfield rifle was adopted for British service in 1902. Variants of the design subsequently saw service in both World Wars and, in certain countries, long afterwards. The rifle was the brainchild of the War Office Small Arms Committee, which decided that a universal ‘short’ rifle, based on the existing Lee Enfield design, should replace both the rifles issued to the infantry and the carbines which were used by cavalrymen and artillerymen. This concept was criticized by many who admired the long-range accuracy of Mauser rifles, but the First World War provided a triumphant vindication of the SMLE. It proved itself to be the most effective rifle in use by any country in the conditions which prevailed at the Front, being both rugged and compact. The new rifle retained the 10 round magazine of its predecessor, but introduced the facility of charger-loading (where the ammunition is stripped into the magazine from a 5 round charger, rather than being loaded piecemeal). The SMLE was distinctive in outline, featuring a full stock and a unique nose-cap with prominent sight protecting ears. This rifle is a Short, Magazine Lee-Enfield Mark III, which was the standard issue variant in 1914. However, having been manufactured in 1917, it lacks the long range sights fitted to the left hand side of the original Mk III. These were found to be of little use in combat and were deleted to facilitate speedier production.
Specifications
•