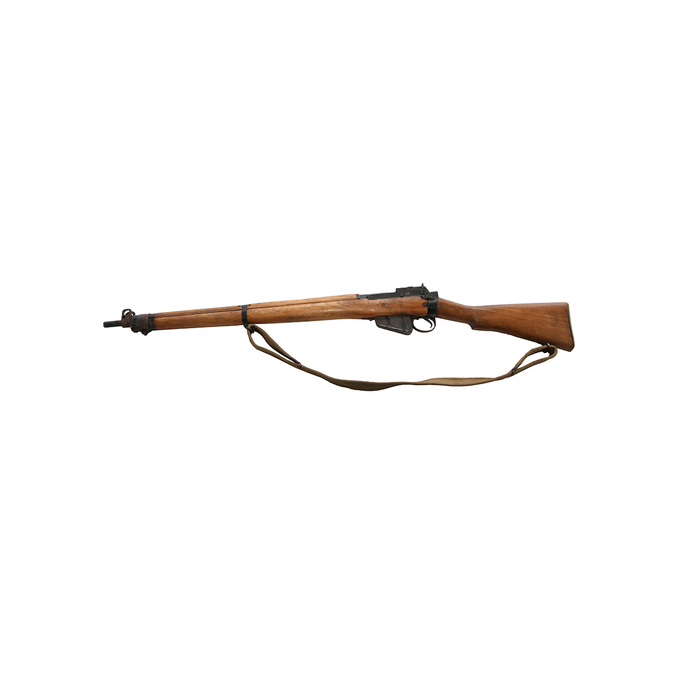 The Lee–Enfield is a bolt-action, magazine-fed repeating rifle that served as the main firearm of the military forces of the British Empire and Commonwealth during the first half of the 20th century, and was the British Army’s standard rifle from its official adoption in 1895 until 1957. The Lee–Enfield takes its name from the designer of the rifle’s bolt system—James Paris Lee—and the factory in which it was designed—the Royal Small Arms Factory in Enfield.