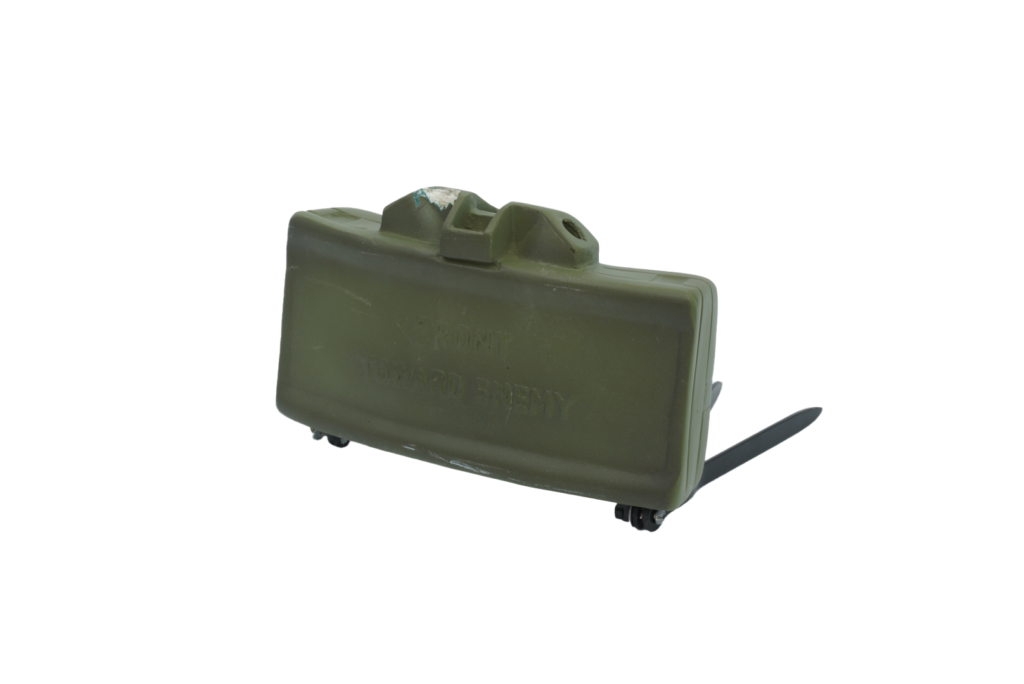 The M18A1 Claymore is a directional anti-personnel mine developed for the United States Armed Forces. Its inventor, Norman MacLeod, named the mine after a large medieval Scottish sword. Unlike a conventional land mine, the Claymore is command-detonated and directional, meaning it is fired by remote-control and shoots a pattern of metal balls into the kill zone like a shotgun. The Claymore can also be victim-activated by booby-trapping it with a tripwire firing system for use in area denial operations, the Claymore fires steel balls out to about 100 m (110 yd) within a 60° arc in front of the device.