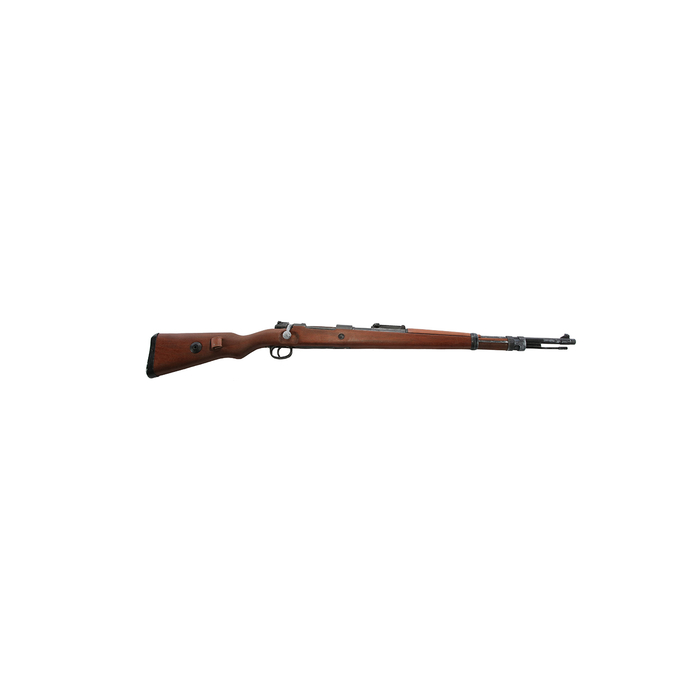 The Karabiner 98 Kurz (or K98k, Kar 98k), is a bolt-action military rifle, developed and designed by German arms manufacturer Mauser for use by the German army. The rifle is based heavily on the successful Gewehr 98, which carried Germany through World War I. It is chambered in 7.92×57mm Mauser, and it became the standard issue for German infantry from its inception in 1935 until the end of World War II. The rifles were considered cumbersome, and were easily outclassed by semi-automatic rifles in intermediate ranges. But due to the extreme accuracy of the Karabiner 98 Kurz in factory fire testing, it was determined that the Karabiner 98k would make an exceptional sniper rifle. Between 1935 and 1945, over 14 million Karabiner 98k rifles of all variants were built, 132,000 of which were sniper rifles.