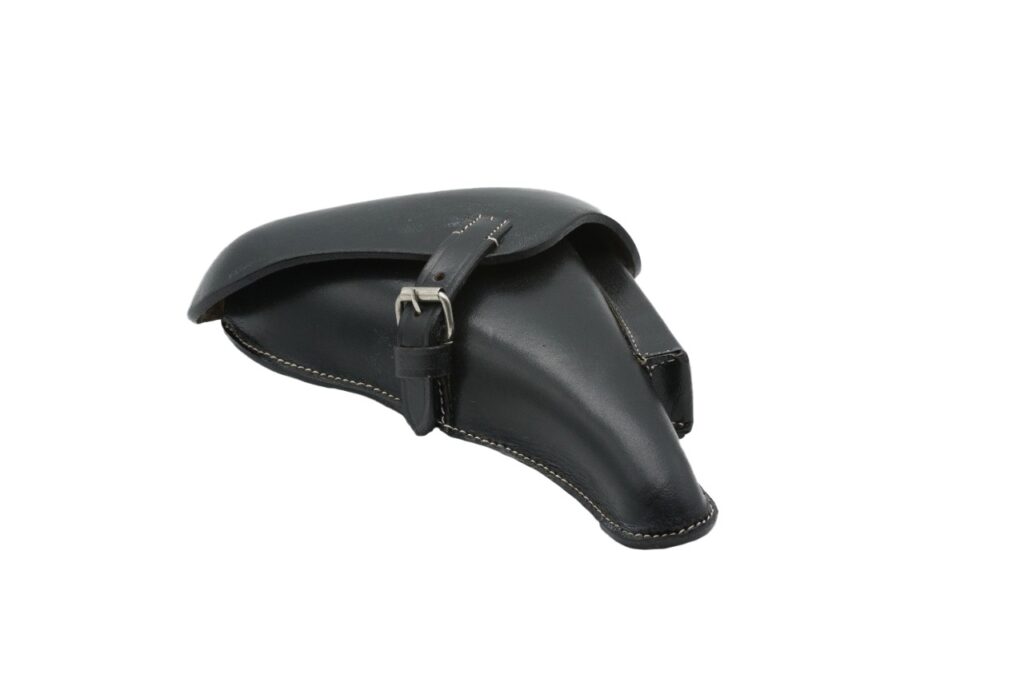 In the 1850s, as a wide variety of handguns were developed, holster styles rapidly developed as well. Many civilian holsters mimicked the military holsters with flaps that fully covered and protected the gun from fouling due to exposure to weather. Others were made for quicker access, and featured open tops.