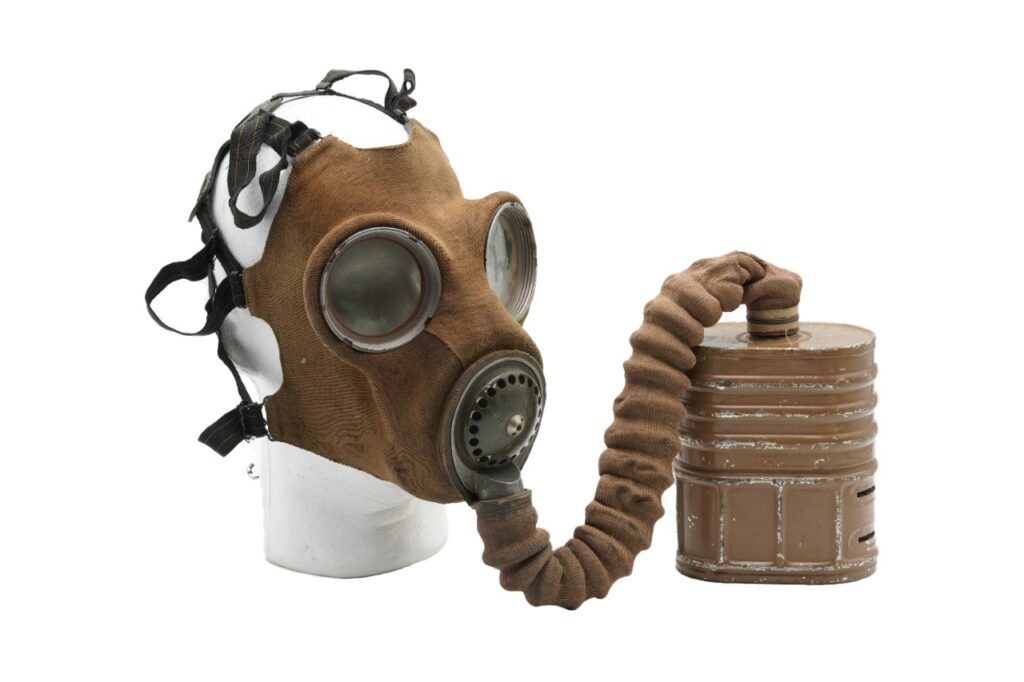 A gas mask is a mask used to protect the wearer from inhaling airborne pollutants and toxic gases. The mask forms a sealed cover over the nose and mouth, but may also cover the eyes and other vulnerable soft tissues of the face. Most gas masks are also respirators, though the word gas mask is often used to refer to military equipment. he First World War brought about the first need for mass-produced gas masks on both sides because of extensive use of chemical weapons. The German army successfully used poison gas for the first time against Allied troops at the Second Battle of Ypres, Belgium on April 22, 1915.