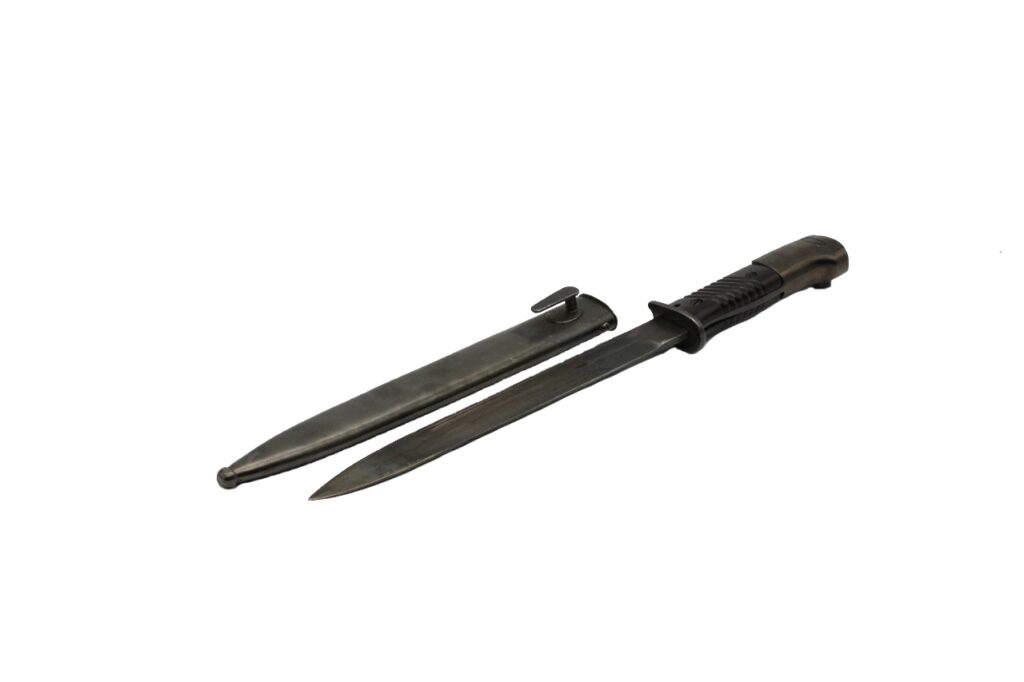 The K98 bayonet is a version of the standard bayonet, designed to be mounted on or under a rifle barrel. Some K98 bayonets are part of limited productions and thus marked with serial numbers. The Bayonet was a psychological tool. Added to the front of a standard issue rifle, it was to be used in cases of close combat. But the trenches rarely allowed for close combat (soldier-to-soldier). Bayonets were used to stoke the fire and pick lice from the seams of a soldier’s uniform in the trenches.