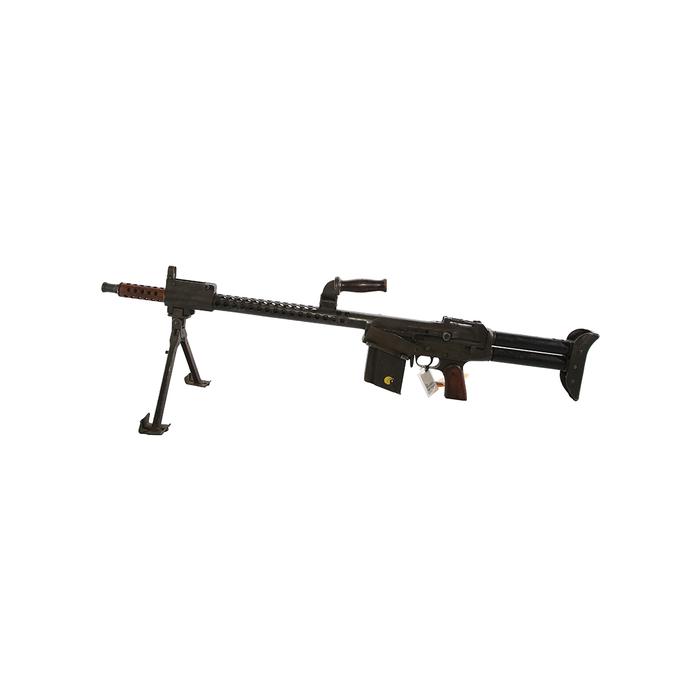 The Dror light machine gun, which mean Sparrow in Hebrew is an Israeli light machine gun based on the M1941 Johnson light machine gun. The Israeli Dror Light Machine Gun was designed in the late 1940s, and many design aspects were based on the Johnson Light Machine Gun. The original Dror also closely resembled the Johnson Light Machine Gun. Because large amounts of British rifle ammunition were available, the Pattern 1 Dror was initially chambered in .303 British and had a side feeding tray magazine, like the original Johnson. The Pattern 2 Dror was built by Israel Military Industries (IMI) and was chambered in 7.92x57mm Mauser to take advantage of large quantities of recently imported Mauser ammunition. In this pattern, the magazines were mounted vertically under the receiver.