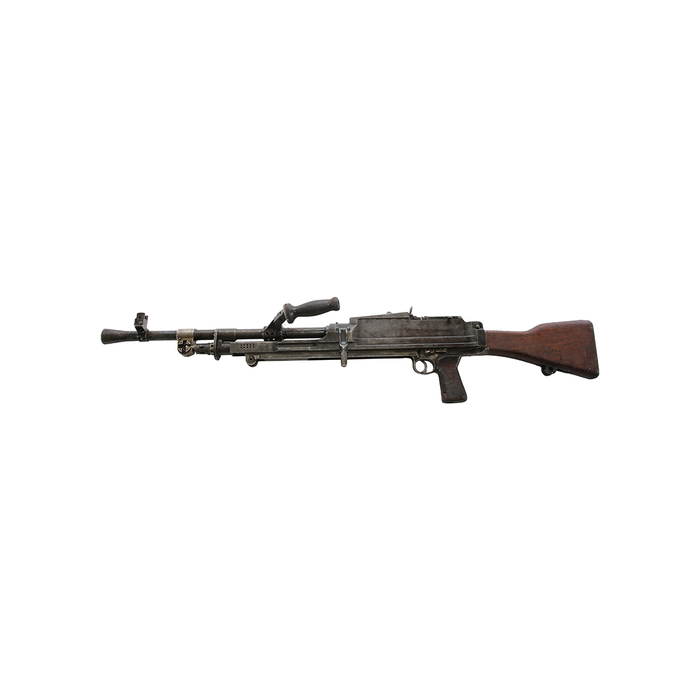 Bren machine gun, a British adaptation of a Czech light machine gun. Its name originated as an acronym from Brno, where the Czech gun was made, and Enfield, where the British adaptation was made. Gas-operated and air-cooled, the Bren was first produced in 1937 and became one of the most widely used weapons of its type. During World War II it was produced in .303 calibre for British use, and it was manufactured in Canada as a 7.92-mm weapon for Chinese Nationalist troops. Acclaimed as one of the best light machine guns of World War II, the Bren appeared in four models that varied principally in barrel length and total weight. The Bren Mk2 was much simplified in the body, which although still being milled from a solid billet of steel, required significantly fewer milling operations than the Mk1, resulting in a much cleaner appearance. The bipod was simplified in design as well as not having extending legs. Most Mk2 bipods resembled a simple A-frame and were more ‘soldier proof’. The Mk2 also featured a slightly higher rate of fire than the Mk1.
Specifications.