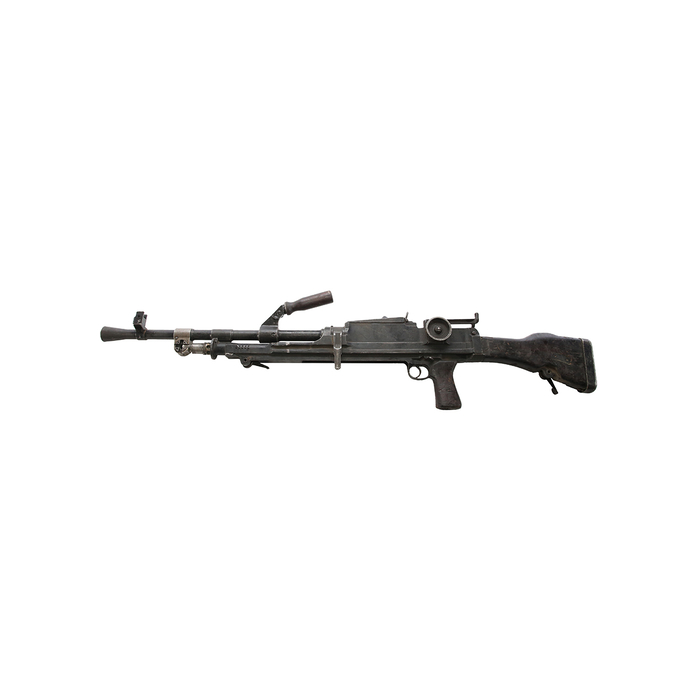 Bren machine gun, a British adaptation of a Czech light machine gun. Its name originated as an acronym from Brno, where the Czech gun was made, and Enfield, where the British adaptation was made. Gas-operated and air-cooled, the Bren was first produced in 1937 and became one of the most widely used weapons of its type. During World War II it was produced in .303 caliber for British use, and it was manufactured in Canada as a 7.92-mm weapon for Chinese Nationalist troops. Acclaimed as one of the best light machine guns of World War II, the Bren appeared in four models that varied principally in barrel length and total weight. The Bren light machine gun was developed during the 1930s from a Czech design. It was a highly efficient gas-operated weapon, which earned an enviable reputation for reliability and accuracy. Versions of the Bren saw service from the mid-1930s until the 1990s.