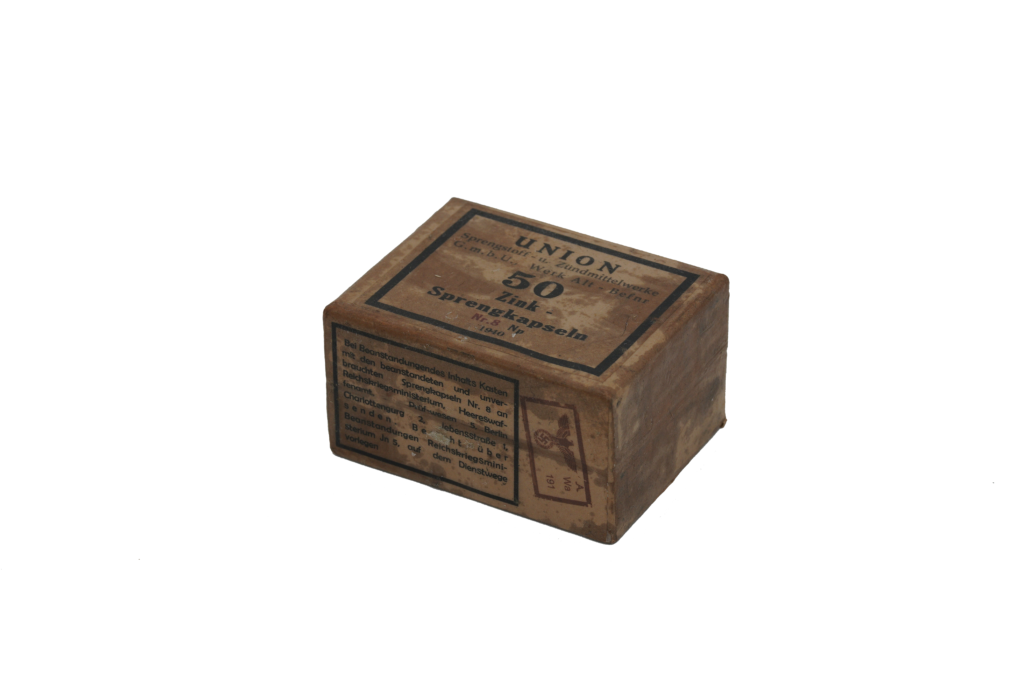 A blasting cap is a small sensitive primary explosive device generally used to detonate a larger, more powerful and less sensitive secondary explosive such as TNT, dynamite, or plastic explosive. Blasting caps come in a variety of types, including non-electric caps, electric caps, and fuse caps. The first blasting cap or detonator was demonstrated in 1745 when British physician and apothecary William Watson showed that the electric spark of a friction machine could ignite black powder, by way of igniting a flammable substance mixed in with the black powder.